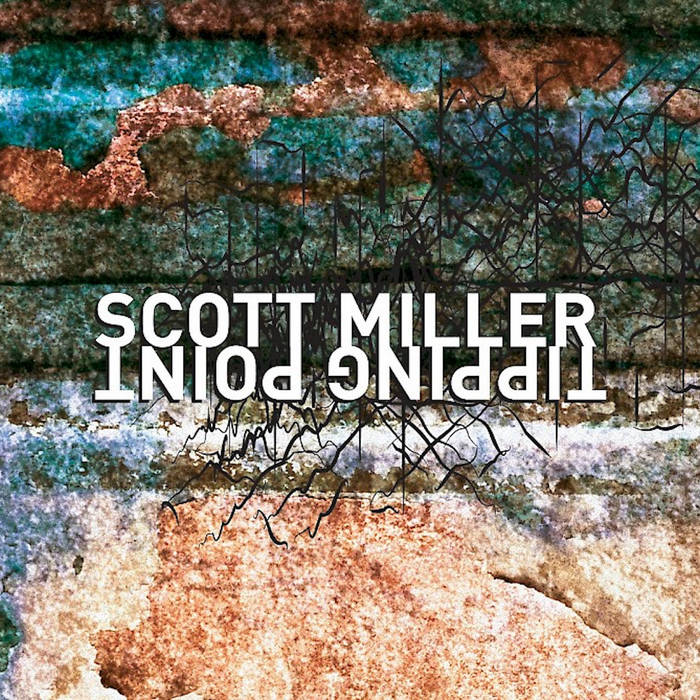 SCOTT MILLER and ZEITGEIST celebrate the first decade of their work together with the release of Tipping Point, a CD featuring both previously unrecorded and recent compositions, as well as one of the only purely acoustic works that Miller has written this century.

The collaborative relationship between composer Scott Miller and the ensemble Zeitgeist began in 2003, supported by the Jerome Foundation. Their initial collaboration resulted in Shape Shifting: Shades of Transformation (Innova 638), a concert-length work of ten pieces involving interactive-electronics, improvisation, and spoken-word settings of poetry by Felip Costaglioli. Shape Shifting far exceeded the artists’ expectations in terms of the scope of the work, the variety of ensemble+electronics explorations, and the overall success of the collaboration.

Since then, their personal and professional friendship has deepened and their collaborative activities have multiplied. Beyond Shape Shifting, Miller has written more than 20 compositions for the group and its members. They have undertaken dozens of performances together throughout the United States and Europe, and Miller has served as producer on numerous recordings for the ensemble and its members, including three Zeitgeist CDs.

In addition to featuring the most recent compositions written for the ensemble, Tipping Point includes work from the beginnings of their fruitful collaboration, cataloguing a period of tremendous artistic growth for the composer. The members of Zeitgeist have regularly acted as a musical proving ground for Miller’s explorations, particularly those combining acoustic instruments with interactive-electronic effects. The present sound of his music owes much to the ensemble’s years of fearless experimentation and passionate collaboration with him. Tipping Point is a testament to the creative potential of a long and committed artistic friendship, reflecting on the incredible work created together over the past decade, and looking forward to new work yet to come.

In the program notes to the composition Tipping Point, the composer says, ‘The tipping point is when an object is displaced from a state of stability to a new, different state. This applies equally to people as well as things. In either case, you can give it one good push, or lots of little tickles, but eventually it’ll go over. Sometimes the tipping point is preceded by an eerie calm, other times erratic and volatile shifts. The new state may be worse, it may be better, it may seem to not amount to very much. Mostly, I think, it’s like trying to kick-start a motor.’

Tipping Point was written for Zeitgeist to premiere at SEAMUS 2010, hosted at St. Cloud State University. It was voted by conference attendees to be included on the Music of SEAMUS, Volume 20 (EAAM-2011). This is a remixed and re-mastered version of the recording on that CD.

Pure Pleasure was originally supposed to be for improvised snare drum performance with pre-composed fixed-media electronic sound. The fixed-media is the result of a day-long recording session of Patti Cudd improvising on the snare drum with interactive electronics, which was then edited and processed. This became the basis for a fully composed and tremendously difficult part for two snare drums. About the title, the composer says, 'When I was completing the work and in rehearsals with Patti Cudd, Patti asked me what is the piece about. I hadn't really considered it until then and gave her my first reaction, that it is just about the pure pleasure of performing the rhythms in the piece.'

Forth and Back is a setting of the poem by Catalan poet Felip Costaglioli. Costaglioli’s poetry is rich in evocative imagery and musicality, heightened by how he lays out the written words on the page. His poetry is meant to be performed as sound, and this setting of the text has been strongly informed by a recording of the poet reading this work shortly after he completed it in August 2003. The poem examines the past and looks to the future, anticipating “the beautiful absence of us,” when two come together and individual identity is erased as part of becoming the “other,” which is “us.”

Kyle McNeill joins the show to talk about his new project, Phantom Spell