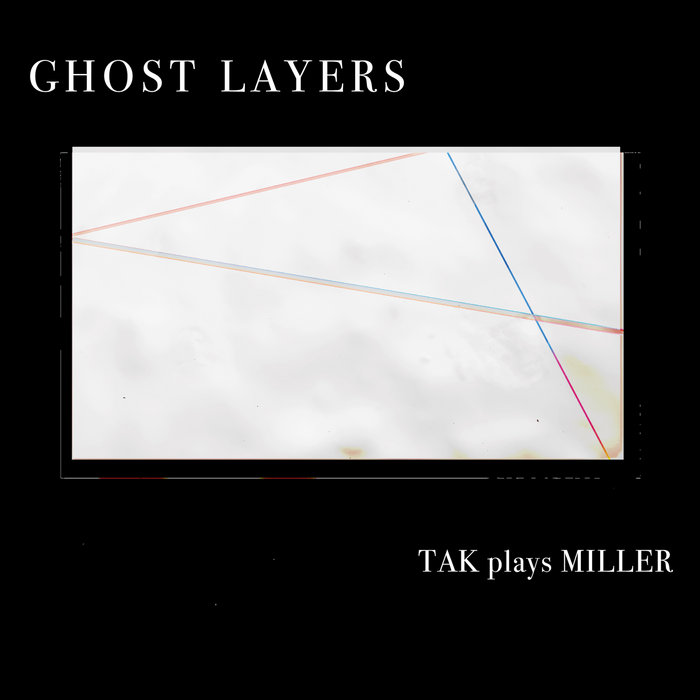 Throughout his work, composer Scott Miller demonstrates a reverence for observation — of the sounds of the natural world, the nuances of the electronic realm, and the intricacies of acoustic instruments. On “Ghost Layers” we hear this quality manifested in several chamber works, all but one of which include electronics. In much of his recent work, Miller has written what he terms eco-systemic music. Through the use of found environmental sounds, subsequent analysis of those sounds, and the establishment of paradigms within the structure of the music, Miller builds musical structures that mimic ecosystems in the way they function. The music on “Ghost Layers” manifests these characteristics of Miller’s music in ensemble pieces that balance kinetic intensity with subtle examinations of pitch and timbre.

Originally written for Estonian based Ensemble U:, Accretion grew out of initial field recordings Miller made in 2015 of waterfalls on the Grand Portage Trail and ice floes in the Grand Marais Bay. Spectral analysis of these recordings generated data which populated the acoustic and electronic material in the piece. The ensemble writing alternates between heterogeneous textures where the instruments occupy different roles within a shared space and more coordinated mechanisms. Two-thirds through the piece, one of the field recordings emerges and washes over the texture, transforming this dynamic piece into one of ambient contemplation.

Eidolon, which means phantom, was written for TAK Ensemble on the occasion of this recording. Inspired by a phantom score Miller thought he heard within the airplane sounds on a transatlantic flight, the work opens with a drone like one you might hear inside the cabin, and an occasional seatbelt notification ping. The ensemble slowly integrates into the electronic sounds, illuminating the score Miller imagined he heard at 32,000 feet.

Spatialization plays a large role in the electronics in the surrealist Chimera No. 2 featuring violinist Marina Kifferstein. The work frequently blurs the lines between the acoustic and electronic sound production or sustained tones and non-pitched material. When the violin takes a more soloistic role with rich double stops alternating with pizzicato phrases, the electronics surround it in a series of unsettling rattles that slink around the stereo field. The work’s ending section shifts to sustained material in an eerie halo of sound that amplifies the high partials of unstable violin harmonics.

Katabasis is the only purely acoustic work on the recording, though the composition was guided by an electronic process involving one melodic line realized by different “windows” moving along the line at different speeds. Short phrases are broken up by rests, lending the texture a ritualistic flavor and a chance to contemplate each set of pitches, simultaneities and discrepancies as a unique sonic gem.

Closing the recording is Lovely Little Monster, which along with Accretion contains the most exuberant music on the recording. Again we hear Miller alternating between systems of independent activity, with swooping glissandi in the winds and disjunct activity in the percussion and electronics. As the piece comes to a close, the monster has either worn itself out or been tamed, as haunting flutter tongue gestures in the flute lead into a final gong sound in the electronics.

Scott Miller’s “Ghost Layers” captures a composer whose innovative use of electronics puts him at the intersection of several trajectories. As a modernist, he explores and deconstructs the properties of acoustic and electronic sound and their intersection. As an experimentalist, he toys with process and silence, using them as tools for framing sound in novel ways. And as a conceptualist, Miller uses his observations and archival footage from the natural world to construct musical structures that echo what he has discovered in ecosystems. The result is deftly crafted music that invites us to listen more broadly to our world beyond the confines of its downbeat and double bar line.

Quelle Chris joins the show to discuss his most recent release, "DEATHFAME"